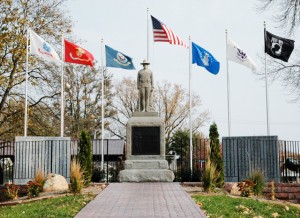 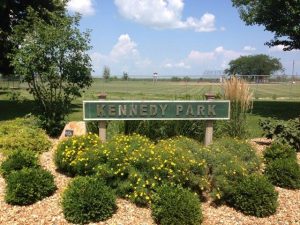 A Little League and a Senior League baseball diamond are both located in this park along with a large picnic shelter, restrooms, and a playground.